Last year we wrote about 5 technologies to focus on in 2014. Now in 2015 we see new opportunities.

In keeping with the best of yearly traditions, we follow up here with the 5 technologies worth your attention in 2015. These are not bleeding edge technologies. Rather, these are technologies or platforms or ideas that are starting to mature and are worth investing your time and getting ahead of the curve.

If 2014 was anything, it was the year of security incidents, hacks, cracks and general information insecurity. In addition to the ones that actually made the headlines, Drupal suffered its own infamous moment during the so-called "Drupalgeddon". A vulnerability that if not fixed exposed your site to a critical attack.

Bluespark was one of a handful of shops that addressed the issue within minutes of the incident, which meant that clients hardly suffered. Drupal sites that did not benefit from the same care were exposed and, at worst, compromised.

What these security incidents highlighted is the need for site owners to have effective processes in place to update websites and servers. That points to developing an effective DevOps practice around your site. At Drupalcon Amsterdam, Bluespark talked about the value that DevOps generates. Part of that is precisely being able to deal with security incidents quickly. Security incidents cannot be prevented. The key is to be able to react quickly to them once vulnerabilities go public. Effective DevOps do just that.

The past year has seen a proliferation of devices that are internet-connected and aim to augment what our laptops, tablets and phones already do. In 2015 we are going to see the Apple Watch land on people’s wrists and Samsung has announced that every device it produces will be connected to the internet.

At the same time, Amazon has launched tools such as AWS Lambda that allow you to effectively react to a variety of events through services.

The opportunities and possibilities for customer engage are about to explode in a way only previously hinted at. And if you’re not taking advantage of this new ecosystem, your competitors will be.

There are still many, many questions about this new ecosystem. What can you do with the new products and services? How are people going to use them?

More importantly for you, though, are the systems that run your web infrastructure ready for these new developments? Are your web content management system and web-based services able to manipulate content and perform actions in a way that can take advantage of these new devices?

Web Everywhere means that overall engagement strategies need to be defined, content strategies refined and content management systems fine-tuned to produce the right message and appropriate interaction. After all, people might not be going to your website from their fridge, but that doesn’t mean that having an internet-connected fridge is pointless.

Many ecommerce sites are finally starting to catch on to a fundamental truth about sales: it’s not about the transaction, it’s about engagement. And how do you engage your audience? Certainly not by hawking your latest sale, over and over again. People are getting bombarded with promotions, their inboxes are getting clogged with the latest deals. It's time to take a step forward. Sort out how you can stand out from the crowd and connect with an audience that wants to make a purchase, though they aren't necessarily interested in being sold on something.

And that's the problem. If all you're doing is selling, then you’re missing the point. Many e-commerce sites are so focused on the latest deal — on the close — that they forget a fundamental aspect of selling: telling a great story. People want to engage with a meaningful brand. They want a story that compels them to buy. A few brands are picking up on this, though not nearly enough.

Drupal is in a unique position to drive Content-Driven Commerce forward. Competing platforms (e-commerce vs content management) are one of the biggest challenges companies face when trying to integrate content and commerce. Drupal (along with Drupal Commerce or Acquia Commerce) tightly integrates both the commerce and content pieces of a website, making it easier than ever to craft stories that can drive conversions.

If you're interested in learning more about the value of Content-Driven Commerce, we took an in depth look at it in Content or Commerce? Who's the boss?

Last year we also talked about personalization for websites and experience management, which is really just another way to talk about context — albeit a simple form of context.

Context-Rich systems go deeper than personalized websites, though. They are systems that pull in a number of diverse signals about the user and their context -- from their location, to the weather, device they are on, speed they are traveling. And like personalized websites, context-rich systems can adjust content, display, and input methods based on the user’s current situation. They will allow better feedback for the user and they allow the user to perform more through the website by linking together disparate services seamlessly.

In 2015, personal ecosystems will start to form as people bring more and more internet-connected devices into their home and businesses. In the past, when companies have tried to take advantage of Context-Rich Systems, they have applied old paradigms of understanding (hence why internet-connected fridges are the butt of many jokes) to the new technologies. But the companies that realize the possibilities in a way that doesn’t disrupt their customer’s lives, they will truly leap ahead.

One of the technologies we mentioned in the 2014 article was deep analytics. Well 2014 has only increased the possibilities to collect even more data from more sources. The next step is to ensure that data is correlated correctly and visualized in ways that transform into useful, actionable information.

After all, what’s the use of data if you don’t know what to do with it?

Visualization technologies will become mainstream in 2015, and websites should expect to have information analyzed and presented in a variety of different ways so as to fit their needs. Vizualization libraries such as D3.js and search engines such as Solr have reached a level of maturity that allows for them to be fully and effectively exploited now.

Every year it seems like new technologies are hyped. Different visions of the future are trotted out as the “next big thing.” We’re definitely excited about these technologies and think that, over the next few years, they have the potential to really change the landscape of e-commerce and technology, in general. We encourage you to do your own research into the technologies and tell us what you think. More importantly, though, think about how you can make use of these technologies in your own business. If time and money weren’t an issue, how might you use these technologies to boost your business ahead of the competition? 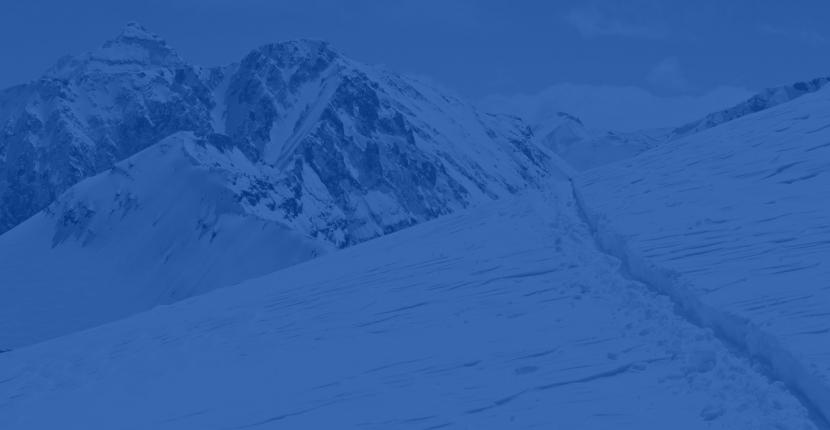