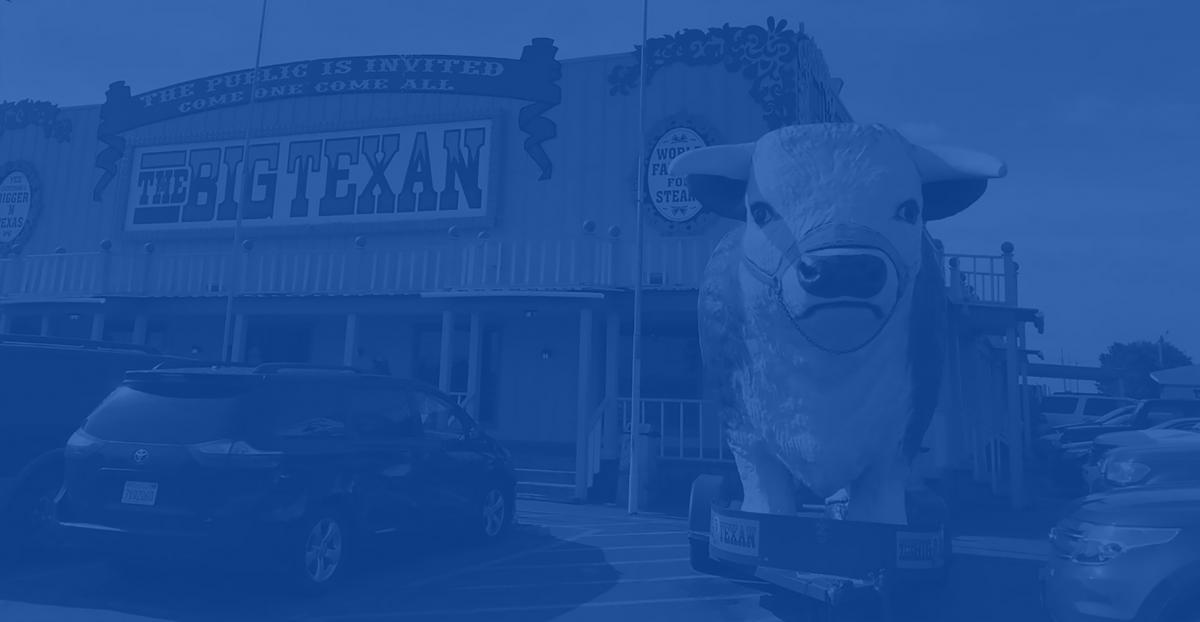 Michael, Greg, and Brett hit the road on Wednesday, July 18. They made their way from Aspen, over Independence Pass, and south passed Royal Gorge. Day two took them through Trinidad, Colorado, Raton, Capulin, Volcano, and Clayton, New Mexico and on to Amarillo, Texas.

Most unexpected: Mechanical trouble. Greg ended up needing a new battery. The team eventually found a auto store that stocked the right battery for his bike. In between, there were some jumps.

Most beautiful: Too many places to count. Cadillac Ranch might not have been the "most beautiful" but it was pretty unique.

Best meal/restaurant: Had to turn down the steak challenge at The Big Texan but the steak was good. There have been some good huevos rancheros along the way. The singing waiter at Rino's Restaurant in Trinidad, Colorado was pretty amazing (Sweet Caroline was the hit song of the night).